The titel for the years graduation was called ‘works in progress’, based on the idea that the journey of the graduating students was only just starting. For the execution inspiration was taken from bright work signs along streets en yellow markings on the roads. 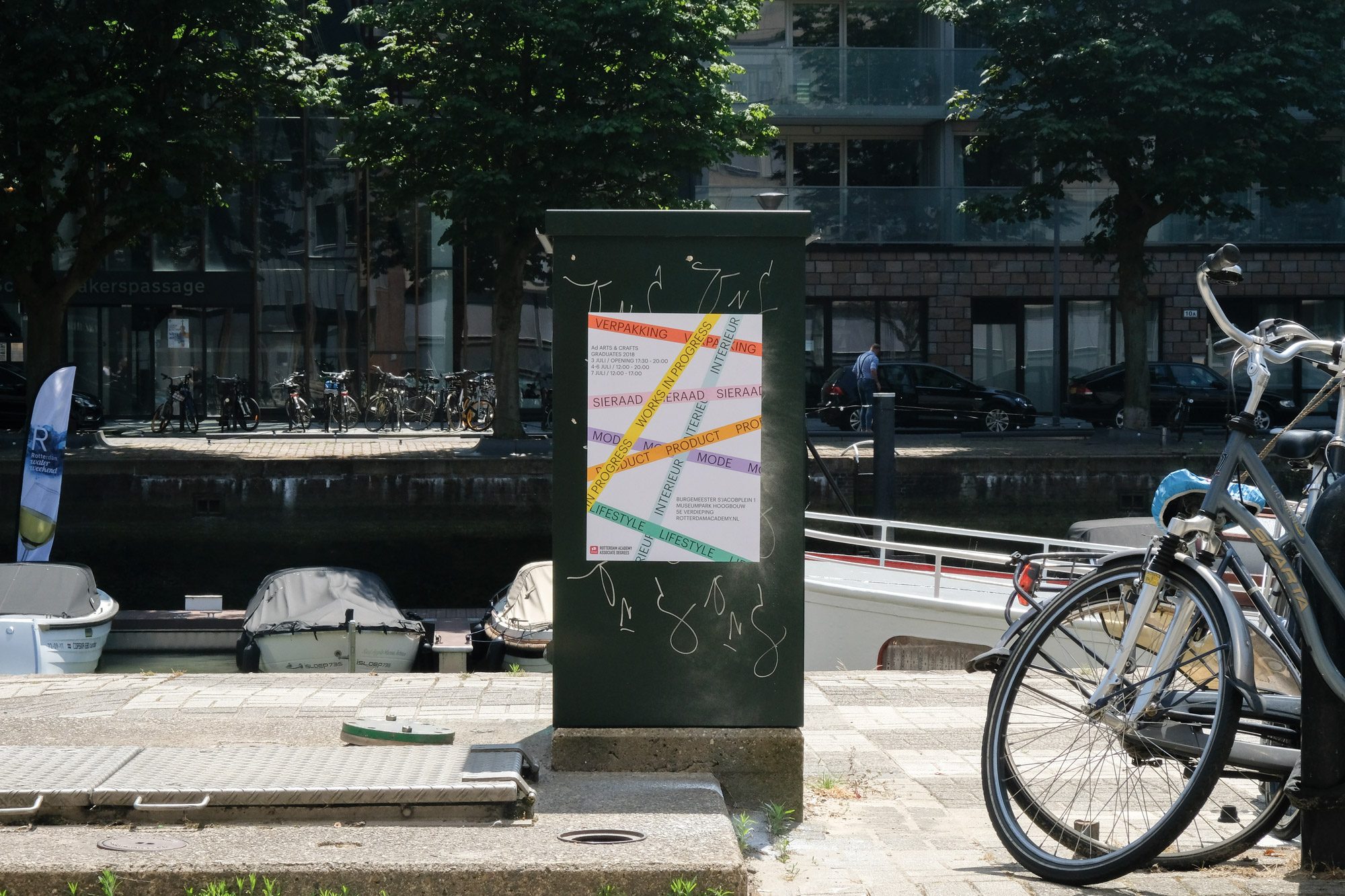 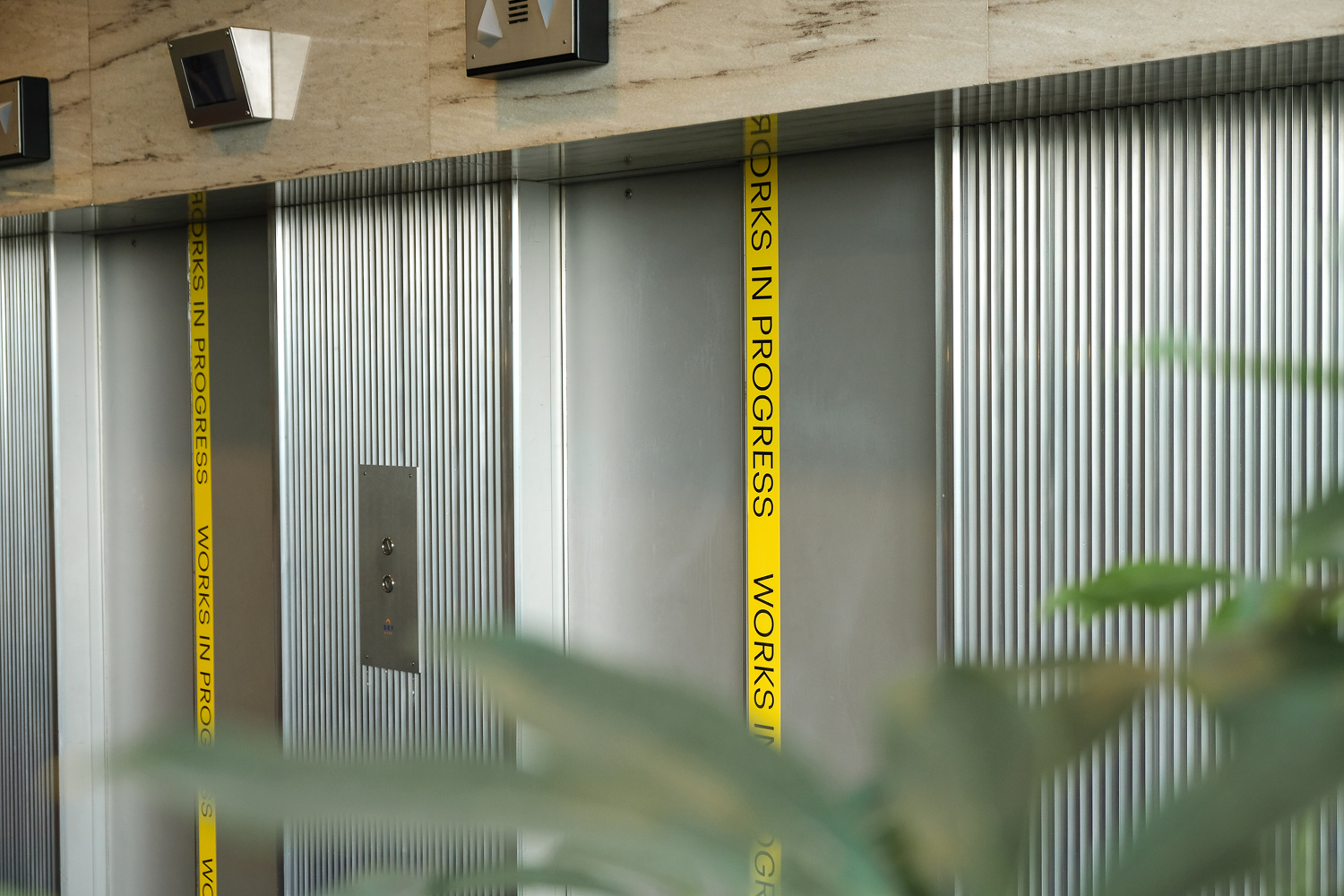 Yellow was used as the main color for the show and a series of six additional colors where used, each distinct color representing a design direction.

The idea of marking/taping your spot was used throughout all communication. At the show itself real tape was used for wayfinding. 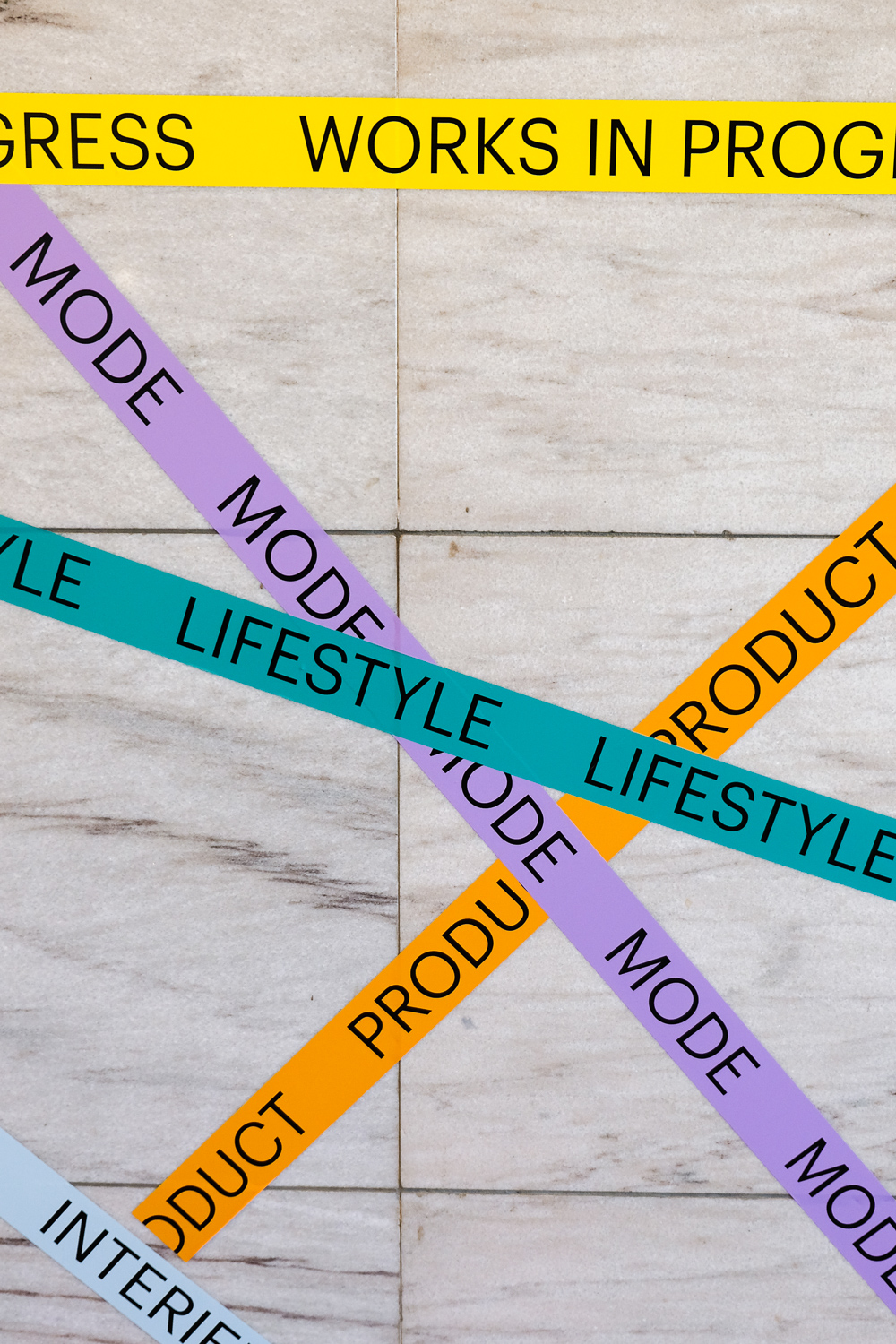 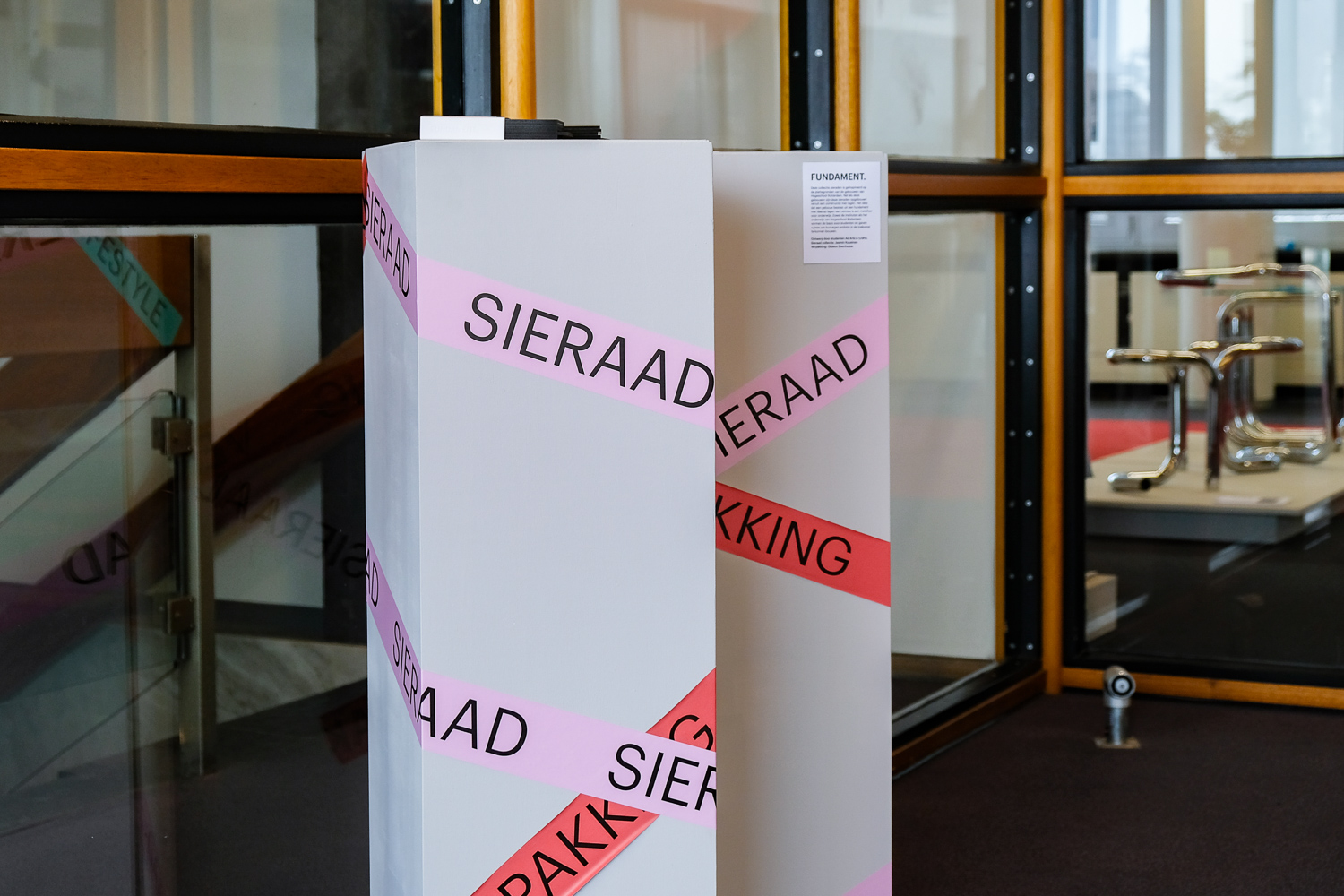 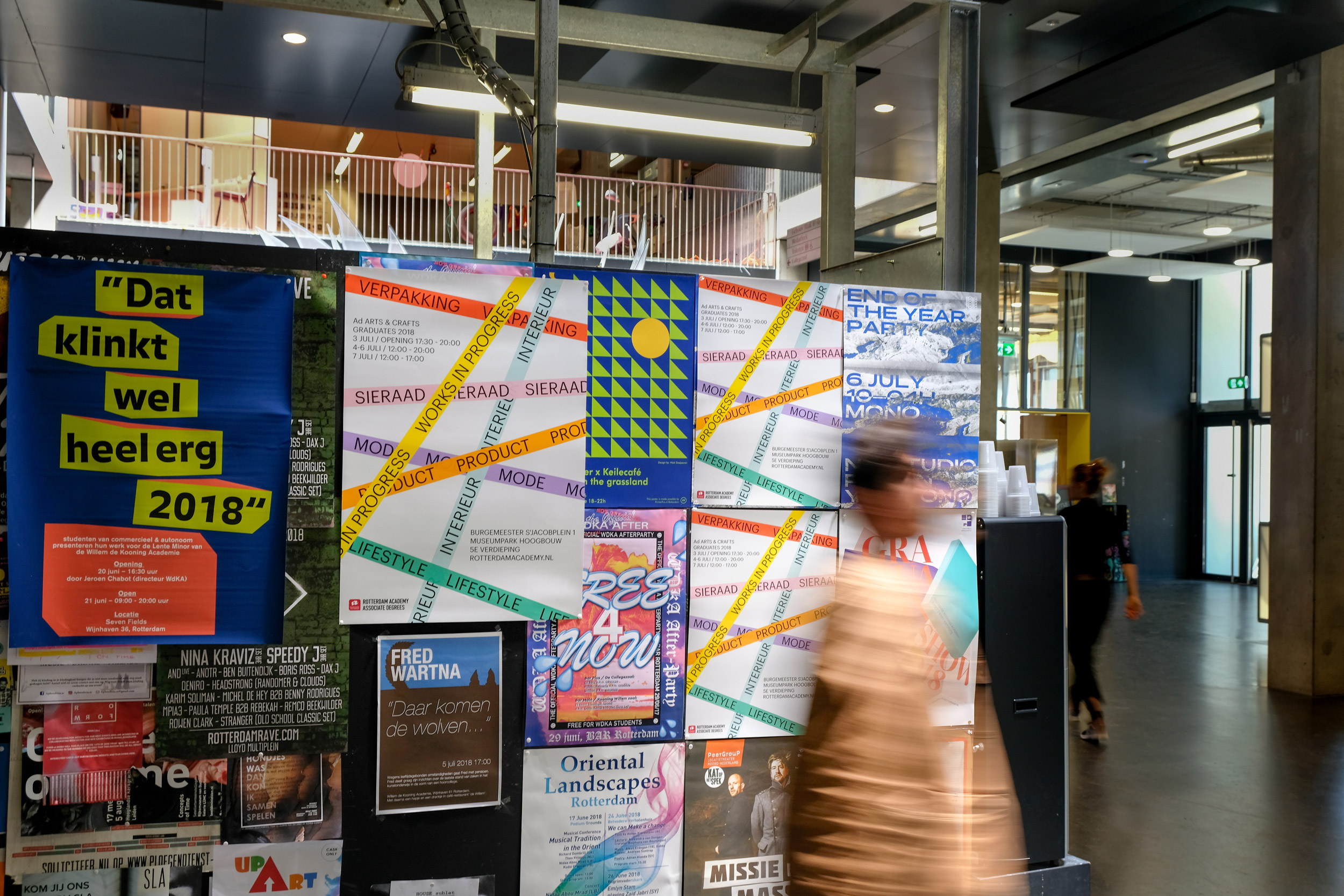